Outline of Our Research Program 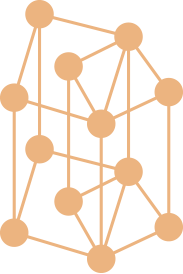 Our work concentrates very strongly in the chemistry of materials, but we also have to know something about the properties of matter and electronic structure theory to direct our searches for new compounds. Especially of interest to us are non-molecular inorganic compounds where we can hope to understand in chemical terms the relationships between the chemistry of bonding and crystal structure and the physics of magnetic and electronic properties. After we identify and synthesize a new compound, and make initial measurements of its properties, we report our results, but after that we work closely with people in theoretical and experimental condensed matter physics at Princeton, Johns Hopkins University, and Brookhaven National Laboratory, and many other labs around the world, to provide them data, materials or crystals so that they can study the properties in more detail.

We direct our materials discovery activities by our interest in new superconductors, new thermoelectrics, new magnetoresistive materials, frustrated magnets, and topological insulators, but we keep our eyes open for other interesting properties as well. In all cases, we employ the principles and synthetic and analytical methods of solid state chemistry to try to find the new materials of interest. Our chemical tool set involves almost the whole periodic table, and we use many methods to synthesize and grow crystals of our compounds.

Our research philosophy has probably best been summarized by NIKE: “just do it”. Although most students and postdocs in the group are chemists, we always have postdoctoral fellows in the group who are PhD physicists, and because we collaborate very closely with experimental physics groups at Princeton, Johns Hopkins, and Brookhaven, we are in contact with physicists on a daily basis as we work out the structure-property relationships of our new materials. In addition to active graduate student and postdoctoral fellow research, we have a very active undergraduate research program, and have frequent visitors to our group from other labs around the world. 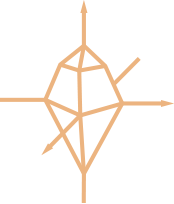 Many of our modern technologies have changed in almost unimaginable ways in the past few decades. These changes have greatly improved our quality of life, often in ways which were at first unpredictable. Frequently, the direction of change has been to make existing technologies more sophisticated and complex, such as in the case of computing and communications, sometimes improving performance by many orders of magnitude and making the previously impossible into the ordinary. At the basis of all our sophisticated technologies are the materials – the chemical compounds – whose physical properties make the technologies possible. These are the unseen heroes of our modern age: without them the giant familiar technologies would not function. Although they are largely taken for granted, without the continuing discovery and development of new materials, technology would not continue to grow.

As technologies evolve toward greater sophistication, and condensed matter physics moves toward greater understanding of complex systems, new materials very often play an important role in driving fields of research and development in new directions. The goal of the research in our group is to identify the technologies or scientific issues which crave the introduction of new electronic or magnetic materials, and to discover those materials using the methods of solid state chemistry. 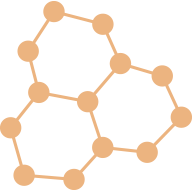 Of particular interest to us is the discovery of new intermetallic, oxide, pnictide, and chalcogenide compounds of the transition elements. Non-molecular transition metal compounds have been the subject of continuous interest in the solid state chemistry research community for many decades, due to the wide variety of electrical, magnetic and structural properties and phenomena which they display.

The discovery of high temperature superconductivity in copper oxides in the late 1980s, however, led to the general realization that the complexities of the relationships between the electronic and magnetic properties of transition metal based solids and their bonding and crystal structure, and what those relationships could lead to, had been catastrophically underestimated. Due to that realization, current research on non-molecular transition metal compounds is at the frontiers of knowledge of complex solids.

Of particular interest are transition metal compounds in which the charge carriers, instead of being non-interacting particles as in the classical picture of solids, are actually interacting strongly with each other. Although such compounds have been surveyed in the past, even in modern times, the new compounds that we (and other solid state chemistry groups) find often lead to something unexpected.

Simple intermetallic compounds were widely explored as potential superconducting materials in the 1950s and 1960s. The best intermetallic superconductors, based on niobium rich compounds with group IIIB and IVB elements (e.g., Nb3Ga and Nb3Sn), were discovered and developed during that time period. These are isotropic materials in which the conduction electrons travel in an electronic band made from niobium d states.

The discovery of High Tc superconductivity in the late 1980s in copper oxides startled the materials science and condensed matter physics communities, as has the much more recent discovery of superconductivity at high temperatures in ternary and quaternary iron arsenides. The highly anisotropic crystal structures, the evolution of superconductivity from magnetism through chemical doping, and the special aspects of copper-oxygen and iron-arsenic bonding make these materials, and more importantly the new compounds that these superconductors teach us to think about, of continuing interest for solid state chemists.

In our group, searching for new superconductors is one of our primary interests. Our interest lies primarily in materials beyond the cuprates and arsenides – working our chemistry to yield compounds at the metal-insulator transition, or the localized-itinerant electron boundary, interesting electronic or magnetic properties often arise, even when superconductivity is elusive. In spite of the unpredictability of the existence of superconductivity in materials, our research group typically discovers one or more new superconductors every year.

Transition metals with unpaired electrons in their d or f orbitals display a variety of magnetic behaviors in solids, ranging from the familiar ferromagnetism and antiferromagnetism to much more exotic spin states. The study of these phenomena, especially in transition metal and rare earth compounds, is an area of considerable current activity. Spin systems in which the geometrical spin arrangements are effectively low dimensional, such as chains, or ladders made from parallel chains, for example, are expected to show a variety of exotic magnetic properties. We have found many new compounds in our group that display unusual magnetism due to the symmetry and structure of their low dimensional magnetic ion arrays. We have also synthesized and characterized many new compounds with geometrically “frustrated” spin systems. These are primarily based on placing antiferromagnetically interacting transition metal or rare earth ions at the nodes of lattices based on triangles. Long range ordering of antiferromagnetically interacting spins on triangle-based lattices is frustrated because there is no possible configuration where all spins can be surrounded by near neighbor spins aligned in the opposite direction. We are working closely with scientists at Johns Hopkins University in this area. The potential for new materials to impact the direction of this field is very significant.

Thermoelectrics are compounds that can efficiently produce electrical current in the presence of a thermal gradient, or conversely, on passing a current, can create a thermal gradient. They do this through a very unusual combination of high electrical conductivity, low thermal conductivity, and high “Seebeck coefficient” (a measure of the entropy carried by the charge carriers) in a single compound. They have been of particular interest in the past decade for their potential use in converting normally wasted heat into electrical power. We work on these compounds, but our interest has primarily in investigating the inverse effect – the use of such materials to cool detectors to very low temperatures without classical fluid-based refrigeration technologies. Based on electronic structure calculations, an understanding of how counting electrons and orbital hybridization in compounds might be used to find small band gap semiconductors, we have discovered quite a few new low temperature thermoelectric materials. We are also particularly interested in how magnetic compounds might display unusually good thermoelectric behavior at low temperatures.

Our group, with our collaborators in Princeton Physics, has recently played a critical role in the discovery of an entirely new class of electronic materials – the three dimensional “topological insulators”. These are semiconducting bulk crystals whose crystal surfaces contain two-dimensional sheets of metallic electron states with extremely unusual physical properties, even at room temperature; the electrons on the surfaces are chiral and “Dirac like” – acting as if they are massless. Our group grew the crystals of the Bi-Sb alloy that was predicted by theorists to possibly display these surface states, which enabled the initial discovery of this phenomenon by Princeton physicists in 2008. The compound now believed world-wide to be the most important of this new class of electronic materials, Bi2Se3, was our idea. Our work involves the development of the defect chemistry and crystal growth of these compounds, in order to make them most insulating in the bulk phase (so the exotic surface currents rule the charge transport) in addition to the discovery of new compounds that display this exotic property. In addition to various semiconductors, this research involves exotic heavy-metal-containing oxides such as ternary and quaternary iridates, where spin orbit coupling is expected to have a very strong impact on the electronic and magnetic properties. Our research group is growing the crystals for many of the seminal experiments in this field, and, as the field has now expanded to include previously uncharacterized compounds where such exotic electrons may exist within the bulk solid (“Dirac semimetals”) we continue to find new compounds that contribute to the rapid development of this field.